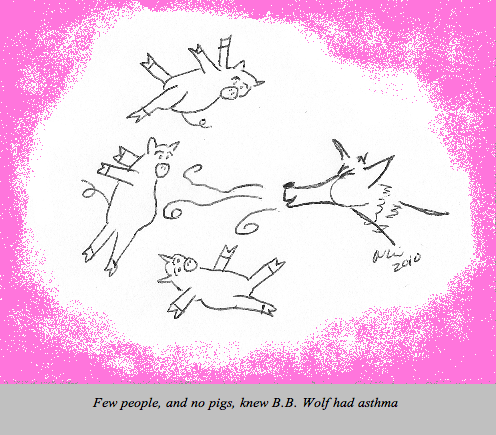 Perfecting a treatment regimen for a child with asthma initially can be tricky and confusing for parents. But don’t panic. There are simple medication schedules and environmental changes which not only thwart asthma flare ups, but also keep lungs calm between episodes. The goal is to abolish all symptoms of asthma such as cough, wheeze, and chest tightness.

For asthma flares
Albuterol (brand  names Proair, Proventil, Ventolin) or levalbuterol (brand name Xopenex): These are the “quick fix” medications. When inhaled, this medicine works directly on the lungs by opening up the millions of tiny airways constricted during an attack. Albuterol is given via nebulizer or inhaler. A nebulizer machine areosolizes albuterol  and pipes a mist of medicine into a child’s lungs through a mask or mouth piece.

For kids who use inhalers, we provide a spacer, a clear plastic tube about the size of a toilet paper tube, which suspends the medication and gives the child time to breathe in the medication slowly. Without a spacer, the administration technique can be tricky and even adults use inhalers incorrectly.

Prednisone/prednisolone (brand names include Prelone, Orapred): Given orally in the form of pills or liquid, this steroid medicine acts to decrease inflammation inside the lungs. This kind of steroid  is not the same kind used illegally in athletics. While steroids in the short term can cause side effects such as belly pain and behavior changes, the advantages of improving breathing greatly outweigh these temporary and reversible side effects. However, if your child has received a couple rounds of steroids in the past year, talk to your pediatrician about preventative measures to avoid the long term side effects of continual steroid use.

Quick environmental changes One winter a few years ago, a new live Christmas tree triggered an asthma attack in my patient. The only way he felt comfortable breathing in his own home was for the family to get rid of the dusty tree. Smoke and perfume can also spasm lungs. If you know Aunt Mildred smells like a flower factory, run away from her suffocating hug. Kids should avoid smoking and avoid being around others who smoke.

Taking preventative, or controller medicines for asthma is like taking a vitamin. They are not “quick fixes” but they can calm lungs and prevent asthma symptoms when used over time.

Inhaled steroids (For example, Flovent, Pulmicort, Qvar) work directly on lungs and do not cause the side effects of oral steroids because they are not absorbed into the rest of the body. These medicines work over time to stop mucus buildup inside the lungs so that the lungs are not as sensitive to triggers such as cold viruses.

Avoid allergy triggers  and respiratory irritants such as smoke. Even if you smoke a cigarette outside, smoke clings to clothing and your child can be affected. Treating allergy symptoms with appropriate medication will help avoid asthma attacks as well.

Treat acid reflux appropriately. Sometimes asthma is triggered by reflux, or heartburn. If stomach acid refluxes back up into the food pipe (esophagus), that acid could tickle your child’s airways which lie next to the esophagus.

Avoid respiratory viruses and the flu. Teach your child good hand washing techniques and get yearly flu shots. Parents should schedule their children’s flu vaccines as soon as the vaccines are available.

Some parents are familiar with asthma because they grew up with the condition themselves, but these parents should know that health care providers treat asthma in kids differently than in adults. For example, asthma is one of the few examples where medicine such as albuterol can be dosed higher in young children than in adults. Also some treatment guidelines have been improved upon recently and may differ from how parents  managed their own asthma as children.  For example, a doctor friend now in his 50’s said his parent used to give him a substance to induce vomiting during his asthma attacks. After vomiting, the adrenaline rush would open up his airways.

Don’t do that. We can do better. Hopefully now that flu season has descended upon us, this information helps you to keep your child’s asthma under good control and helps you know which medicine to reach for when it flares up.

Spotting the rash of ringworm

Should I vaccinate my child?