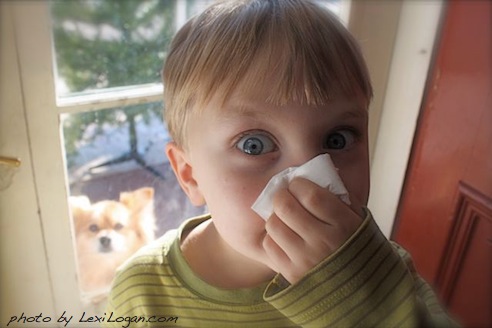 No doubt, there has been an uptick in respiratory illness in our area, but the news media is causing panic specifically over one of them: enterovirus D-68.
The name “enterovirus” does not imply “deadly.” Many of you are well familiar with hand-foot-mouth disease, aka “Coxsackie virus.” Guess what? This extremely common, benign but annoying virus is also an enterovirus!

Let’s put into perspective how this “new” respiratory virus compares with an “old” well-known respiratory virus, influenza (The Flu). Remember that both flu and enterovirus D-68 are tracked by REPORTED cases. Most of the time doctors do not test children with mild disease so most reported cases are hospitalized patients.

Enterovirus D-68, the numbers: From mid-August through the first week in October (peak enterovirus season)- 664 people are known to have been infected in the USA, most of whom are children. You can track these numbers on this Centers for Disease Control website.
Influenza, the numbers: Each year in the US, approximately 200,000 people (children and adults) are hospitalized from complications of the flu. This year’s flu season in the northern hemisphere is just starting. Generally peak flu season is in the winter months. Large numbers of people contract the flu but they are not sick enough to be hospitalized- they suffer a week of fever, cough, sore throat and body aches at home but recover uneventfully. Up to 20% of the population are infected with flu each season.

Death from enterovirus D-68: 1 child. Four other children died who tested positive for this virus but it is unknown if the virus caused their deaths.
Death from influenza during the 2013-2014 flu season: 108 children

Prevent enterovirus D-68: same as for all “cold” viruses- wash hands, sneeze/cough into elbow, not hands.
Prevent flu: Same as for enterovirus D-68, AND we have an Influenza vaccine for all children aged 6 months and above, with a few exceptions-see our article for more information. Last year the flu vaccine was about 60% effective: it’s not perfect, but it is certainly better than not vaccinating.

Overall, remember that enterovirus D-68 is one of many cold viruses that circulate the country. We are all familiar with back-to-school viruses. My teen-aged son told me, amid his sniffles and nose-blowing last week, that “more than half my school has a cold now.”
Certainly some of those colds could be enterovirus-D-68. But please don’t panic. All respiratory illnesses, including colds, have the potential to travel into your child’s lungs. It is more important to practice good illness prevention techniques and to recognize the signs of difficulty breathing. As we have said before, if we parents could worry all illnesses away, no one would ever be sick.

Hear ye, hear ye: how can I tell if my child hears?

When your back “throws you a curve”: Scoliosis